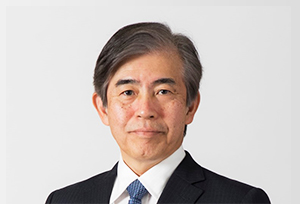 I would like to express my sincere gratitude to our shareholders for their continued support.

My name is Shigeki Kushida appointed Representative Executive Officer and President as of June 25, 2019.

Going forward, we will continue to implement appropriate shareholder return policies while considering factors such as our share value conditions.

Thank you to all our shareholders for your continued support and guidance.
June 2019
Japan Securities Finance Co., Ltd.Representative Executive Officer & President